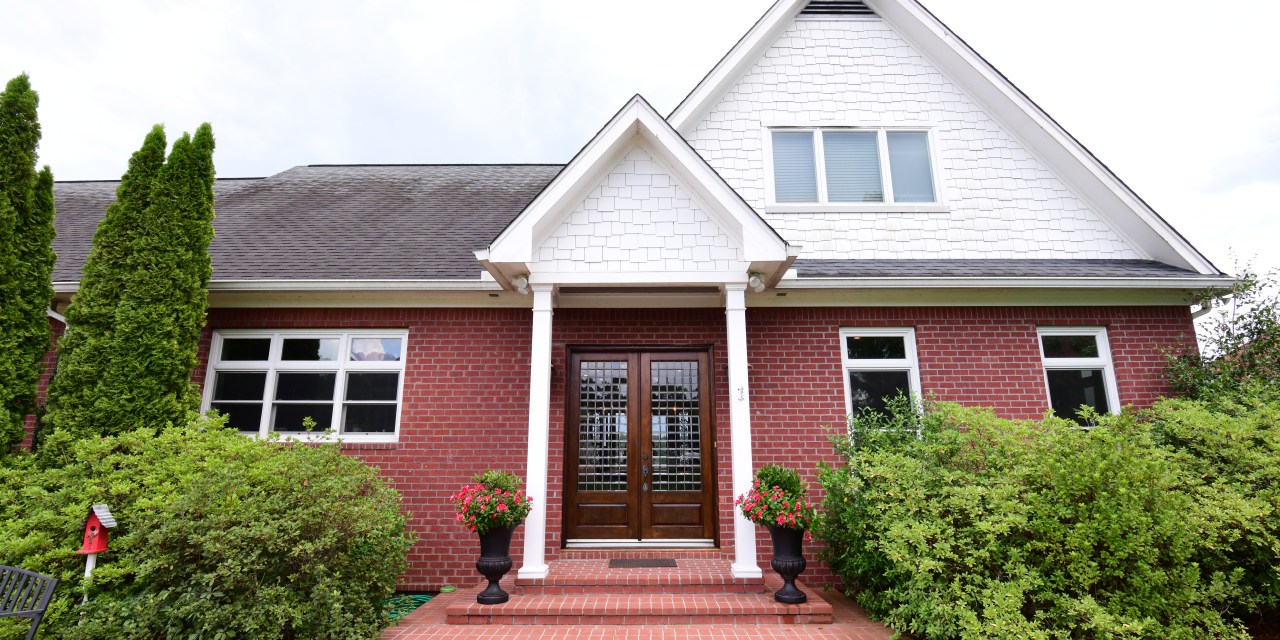 The warmth of wood and treasured family pieces threads throughout the Wellsgate home of Ibby Morris. Anchored by five flowering Natchez crepe myrtles in the front yard and a lake in the rear, the home delivers inviting areas for entertaining and reflection.

The Morris home was completed in 2008 and Ibby and her late husband, Lawrence, were part-time residents while still living in Macon, Mississippi. That all changed in 2013 when the couple moved to Oxford to live full-time in their home. Efficiently designed, the wheel-chair accessible basement and the three bedrooms on the top floor can be completely closed off, leaving the main level for everyday living. The home is a mixture of ornate details and simplicity in a way that feels collected over time.

“My house is the easiest house to find in Oxford”, Ibby explains. Literally at the end of the road on West Wellsgate Drive the house dead-ends to the large community lake in the neighborhood. Built by Wayne Outz of Macon, Mississippi, the home includes architectural features that emphasizes ornate crown moldings, columns that divide the dining and living rooms and notably the front and rear doors.  “Wayne hand crafted the doors of Spanish cedar and Ted Skipper of Shuqualak, MS designed the beveled glass,” Ibby says. The front doors deliver calm, natural light through the 86 small squares during the day, then dazzles at night while mirroring the dining room chandelier and front porch lights.

“Things don’t matter to me,” Ibby explains, but she holds dear her grandfather’s piano, a crocheted dress made by her mother and a portrait that graces the dining room of her three sons completed a year before her oldest son died. Ibby has filled her home with family heirlooms that include two crystal chandeliers that belonged to her mother-in-law and photographs of her father-in-law when he played football and baseball at Ole Miss in 1919 and 1920.  She has strategically placed her father-in-law’s original wooden door to his doctor’s office in Macon at the top of the landing leading to the second floor.

Ibby’s home is not only deep-rooted in the past but very much a place to enjoy the beauty of each day.  Collaborating with Interior designer Keith Winchester of Macon, neutral colors flow throughout and are accented with heady jewel tones.  “I used the colors of the tabernacle,” Ibby explains of the scarlet red in the music room, a vibrant blue in the white countered kitchen and a purple hue in her bedroom.  Ibby gold leafed an oversized mirror in the foyer that continues the seamless flow of reflected light. Antiques mingle with new custom furnishing pieces such as the large armoire in the family room designed by Outz that offers not just a beautiful focal point but functionality by concealing the television set.

In the kitchen directly to the left of the dining room an extra tall counter provides Ibby the ideal height for baking, that is to say when she’s not working with her son Wiley and his catering business Party Waitin to Happen. Directly in front of the counter, a built-in hutch showcases family stemware including purple Fostoria and a multi-hued painting by Wyatt Waters. “I love the colors of this painting because it reminds me of my huge garden in Macon. I’m not an artist but I can appreciate art”, Ibby says. Similarly, a beautiful painting over the fireplace mantel in the family room came from Ibby’s home in Macon that was built in 1908. The wall behind the kitchen and not part of the flow of the home showcases dozens of framed photographs of family and vacations.  “You really don’t see these kinds of walls of pictures anymore,” Ibby adds.

A sizeable screened-in porch at the back of the house is a favorite spot that Ibby utilizes year-round. She describes this generous area as an extra room to her house. In the winter the 15 tall and vertical screens are glassed in and alongside the fireplace a cozy retreat is created. Over the fireplace, a wrought iron gate that came from the garden of Ibby’s mother provides a dash of nostalgia. Two long rectangular tables can seat up to 16 people for entertaining.   “I can add two leaves to the dining room table and seat another 12 to 14 people,” she says, and her gift of hospitality is evident.  The porch brims with almost a dozen potted plants that include oversized ferns, begonias and Christmas cacti. Ibby had a trough sink installed on the inside of the porch with two spigots to make watering her plants an easy task by simply attaching a garden hose. Facing each other above the porch entrances are two signs, one in English and one in Greek that mimic each other “Place of prayer by the lake” a nod to her four semesters of studying Greek. A porch swing at the opposite end tempts relaxing, and the entire area becomes Ibby’s retreat each morning.

Wood steps lead down to the lush grass where a canoe and rowboat beckons and provide fun on the lake for Ibby’s five grandchildren. A pier for fishing completes the tranquil scene. Ibby sums up her home on the lake with much affection, “my house is a house of memories.” 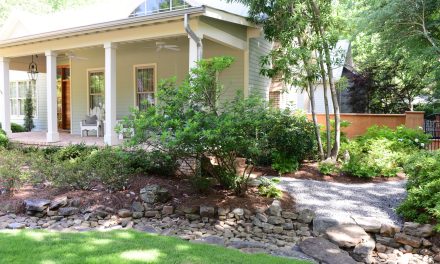 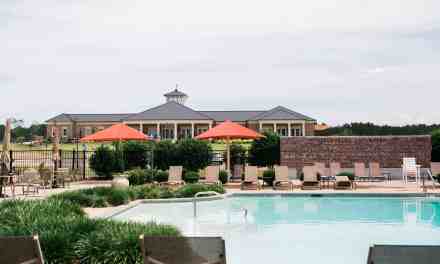 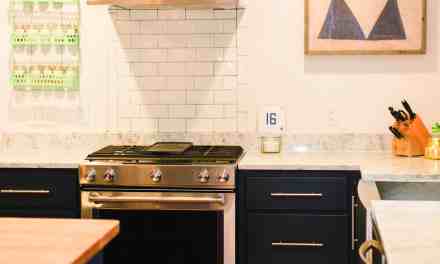 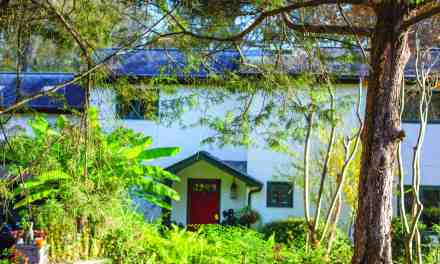