Thacker Mountain Radio is turning 20. Only one person on the planet deserved to write about it.

The Thacker Mountain Radio Hour will celebrate 20 years on the air on October 19 at the Lyric Theatre. How it has managed this milestone is a mystery. Perhaps the show has persevered because whenever a crew member or musician has left, there was another person interested enough to step in and try their hand at it.

It sure ain’t because of the cushy salaries.

For the uninitiated, The Thacker Mountain Radio Hour is a live radio program (every Thursday during spring and fall at 6 p.m.) emanating from Off Square Books. An audience of around 150 is seated in wooden chairs. The hour consists of the house band opening and closing the show, along with an author reading and a visiting band performance.

There is also a host who introduces each act, thanks the sponsors and generally keeps the show moving. Since September of 2000, I’ve been the host. As a fan of books and music, this is a dream gig. 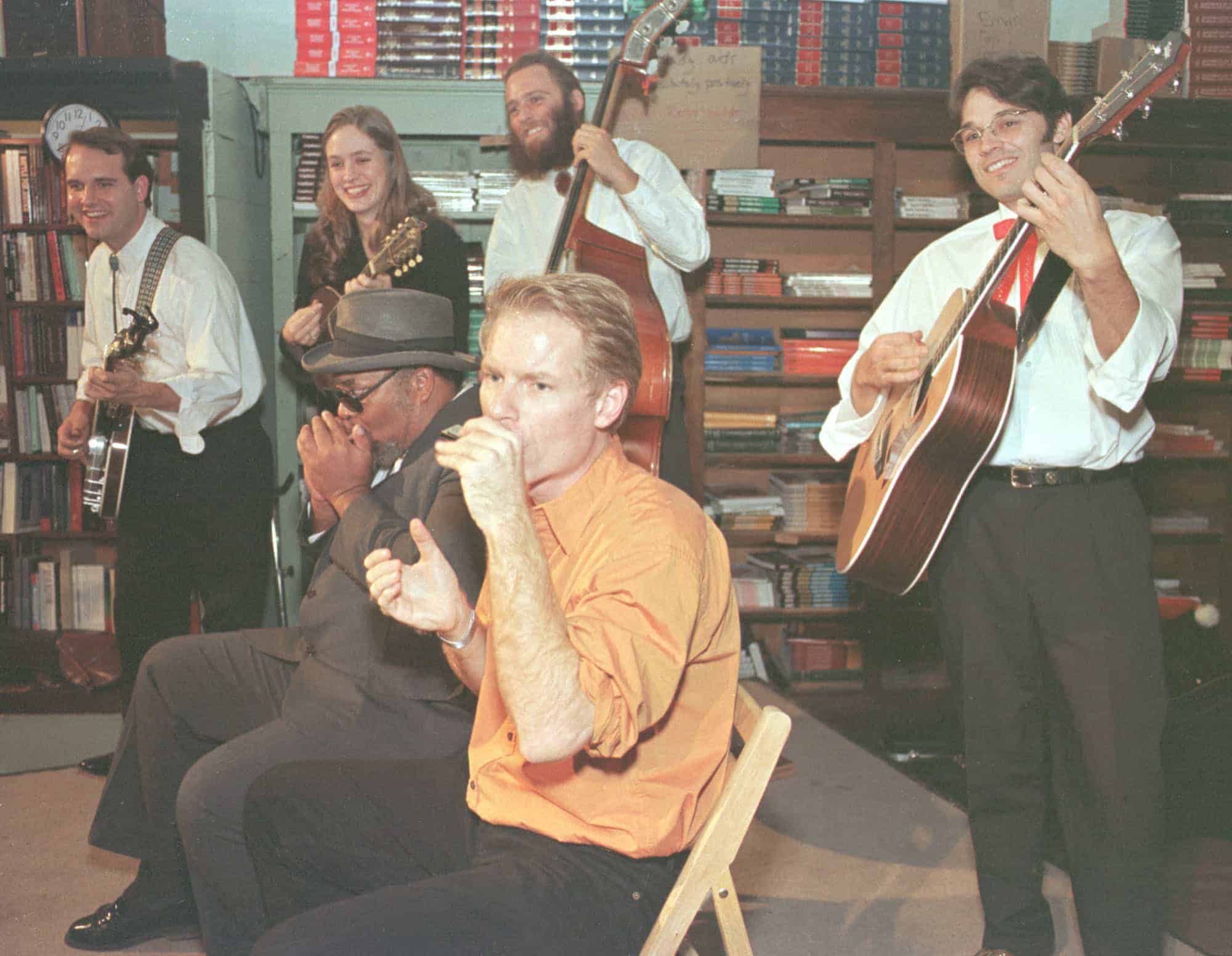 The show is funded through grants, local sponsors and donations from listeners and is broadcast on the Ole Miss student radio station, WUMS, and on Mississippi Public Broadcasting, as well as online. After some 500 shows with over 1,000 guests spanning 20 years, you might assume some of the guests and individual shows would stand out as memorable, if not classic.

You would assume correctly.

On April Fool’s Day 2004, we told the audience that Elvis would be performing. As they groaned and scoffed, we then introduced Elvis Costello who just happened to be in Oxford recording an album.

In 2005, Gerry “Duff” Dorrough and Jim Dickinson agreed to be our house band. Dorrough was a virtuoso guitarist for the Tangents, a rockin’- ragin’ R&B powerhouse ensemble from the Delta. Dickinson made his name winning Grammys with Bob Dylan, recording with the Rolling Stones and producing dozens of bands including The Replacements, Big Star and his sons’ group, the North Mississippi Allstars.

With Slade Lewis on bass and Duff’s son, Marlow, on drums, Dickinson named our band The Yalobushwhackers. Their repertoire consisted of soul classics, country obscurities, rock and roll chestnuts and anything one of them might have heard once on the radio. Duff and Dickinson gave the show an anything-can-happen-vibe anchored by their well-honed chops.

Bassist Lewis recalls, “Right before the show, we’d kind of rehearse. They’d call an old song I had maybe heard of, and we’d run through half of it before Dickinson would say, “You know the rest. It’s just showbiz.” Then, once we were on the air, they’d play it completely differently. It kept you on your toes. The most nerve-racking fun I’ve ever had.”

Duff and Dickinson led the band for four years until Jim’s death in 2009. In 2010, with new pianist Mark Yacovone and drummer Wallace Lester, one of our most memorable shows took place on October 14. We were thrilled to have Mississippi harmonica legend, Charlie Musselwhite. Musselwhite related how he gave up a lifelong addiction to alcohol after being inspired by the courage of little Jessica McClure, who made headlines after she survived being trapped in a well in Midland, Texas when she was just 18 months old. Musselwhite performed his stirring composition, “The Well.”

But the show-stealer that day was Lucas McCarty.

McCarty has cerebral palsy and can only communicate by typing on a computer. Despite his challenges, McCarty took to the Thacker stage to sing with a gospel choir from the Trinity House of Prayer of Moorhead, Mississippi. Though raised an Episcopalian, McCarty told his parents that he was “white on the outside and black on the inside,” and began attending the all-black Trinity church, eventually joining their choir.

McCarty’s courage to sing with the Trinity choir, coupled with Musselwhite’s testimony, made for one of the most compelling Thacker shows of all time. 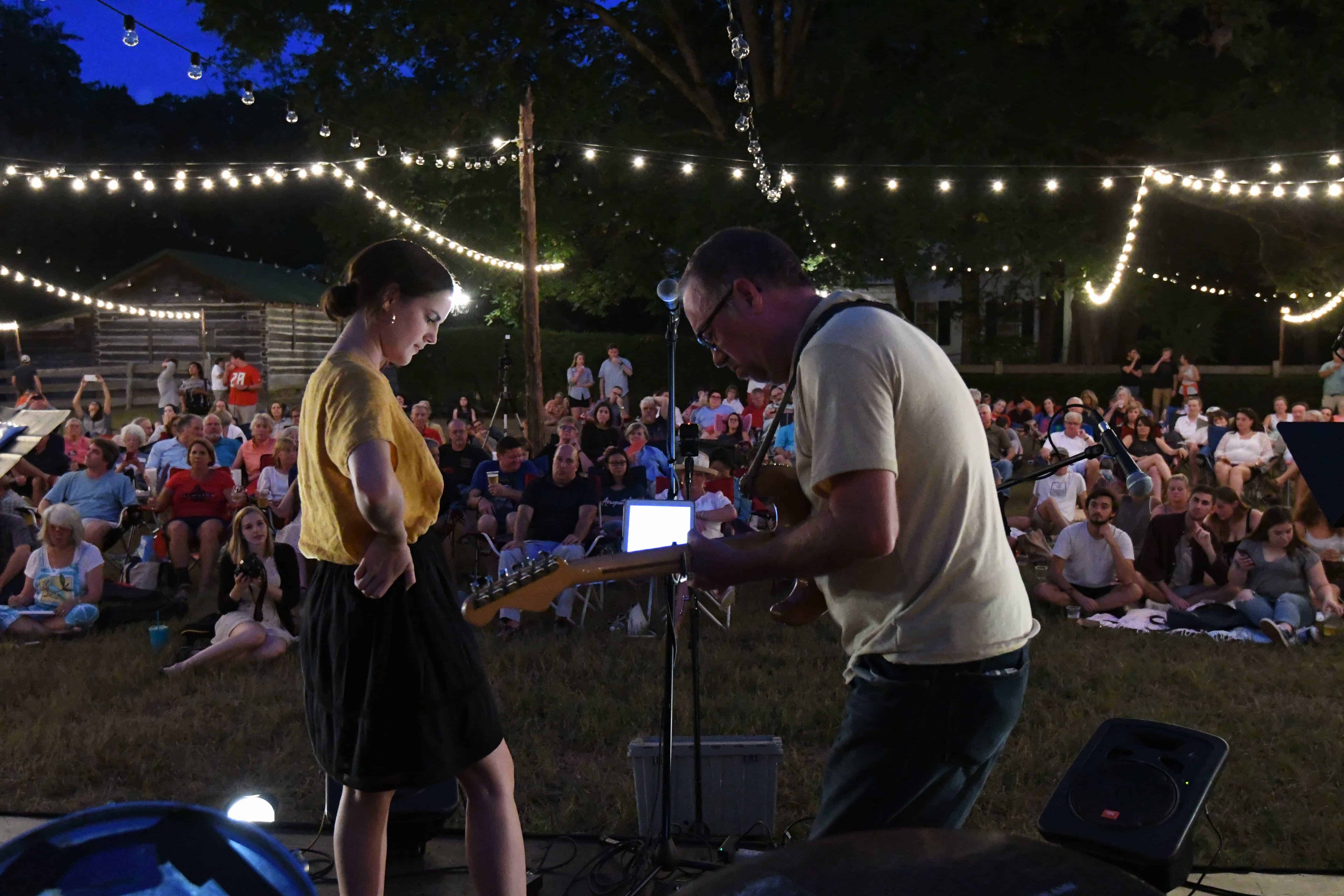 Mississippi country music legend, Marty Stuart, is a friend of Thacker. In 2009 he sang, “Will the Circle Be Unbroken,” at the Ford Center. Stuart could hear a booming voice singing along from the audience, so he brought the music down and asked the person to take a solo verse.

The audience member obliged right there from his seat and gave Oxford one of its first performances by the late Will Atkinson, later known for his Elvis covers as the “Big E.”

In August 2010, at our first show in beautiful Ocean Springs, Caroline Herring sang “Tales of the Islander,” her moving tribute to late Ocean Springs artist, Walter Anderson. The venue was the Mary C. O’Keefe auditorium where the walls are adorned with Anderson’s majestic murals depicting sea life. In that setting, and with several Anderson family members in attendance, Herring’s thoughtful lyrics and soaring voice gave the evening an unforgettable mojo.

In 2012, Duff passed away, and the show had a hole in its soul for a while. Jake Fussell stepped in and helped us solider on. Later that year we welcomed Caroline Kennedy who dazzled our crowd before going backstage where she was enthralled with the tattoos of our musical guest, Charlie Mars. In December 2014, Oscar/Grammy winner Paul Williams thrilled our audience at the Lyric as he performed “Rainbow Connection” and “You Give a Little Love” with the Yalobushwhackers and Dent May. 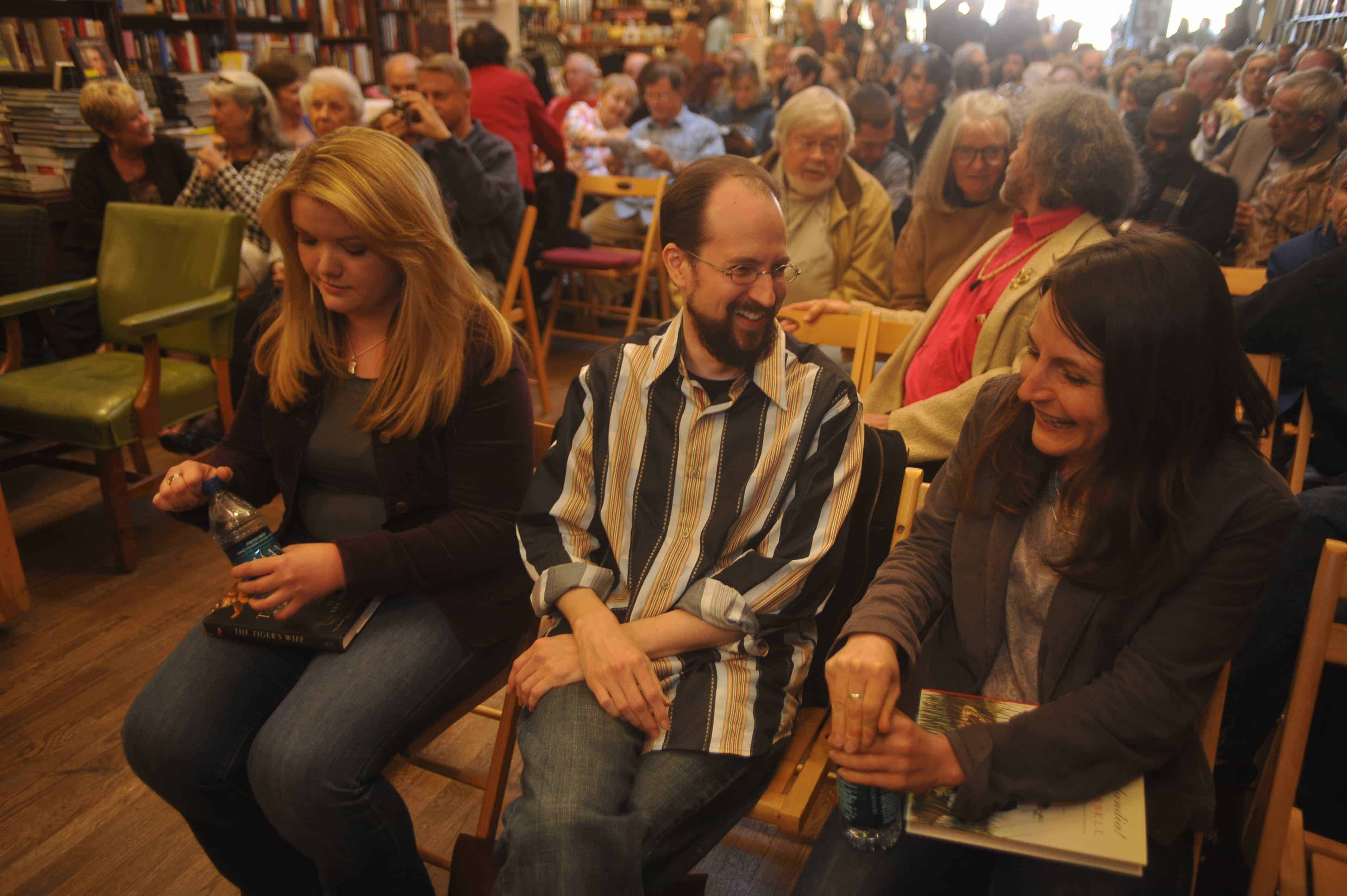 We were honored to be invited to Sumner, MS in March 2015, to take part in a remembrance of murder victim Emmett Till. The show was held in the same Sumner courthouse where his killers were acquitted in 1955.

We saw the jury room where the jurors were said to have laughed. Mississippi R&B legend Dorothy Moore sang the Willie Nelson classic, “Ain’t It Funny How Time Slips Away,” a memory that still chills.

Twenty years is a long time to do anything, especially when it involves collaborating with two dozen people who are all blessed with opinions. Truth be told, the audience is the reason we’re still here. Now, we’re poised to make 20 more years of Mississippi memories, and I for one can’t wait. So let’s do it. 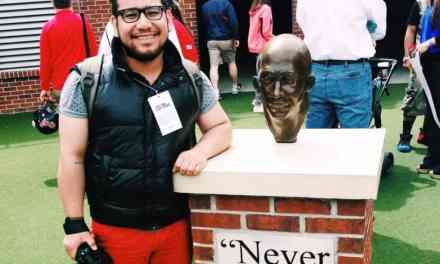 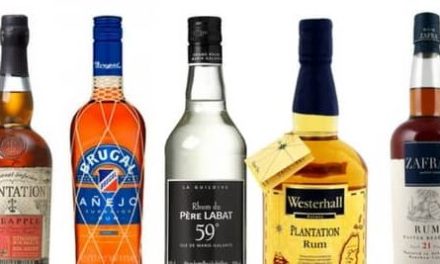 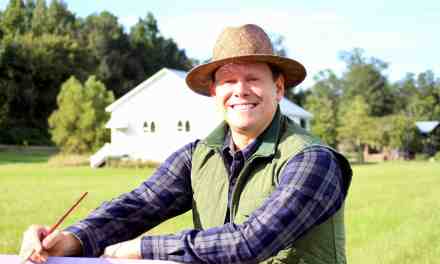 Oxford: The Bermuda Diamond of Culture